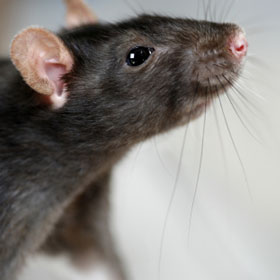 "The plague." The very name conjures up images of medieval towns where death stalks from door to door: a frightening, fatal disease from a dark period in history. But there are two important mistakes in this picture. First, plague still exists, though it only affects less than one person in a million worldwide each year. Second, plague is not always deadly, and it can be treated and cured.

What is the plague?

Plague is a rare but often life-threatening bacterial infection in humans. The bacterium Yersinia pestis causes three types of plague:

General symptoms of plague include fever, weakness, and chills, all with a sudden onset. The three forms cause different symptoms in addition to this:

How does it spread?

Bubonic plague, the most common form, spreads by flea bites. Once an infected flea bites a person, the bacteria enter the host, causing infection. Infected fleas most often cause plague by biting small animals and rodents, including squirrels, rabbits, and prairie dogs, and a person can become infected if they are in close contact with these animals. The bacteria that cause the plague may also enter the body through a cut or wound.

Septicemic plague occurs when a person’s bloodstream becomes infected. Again, this typically occurs after an infected flea bites a human or animal. A person may also become infected after direct contact with infected materials through cracks in the skin.

Who is at risk?

The risk of infection runs high for people who are in close contact with animals infected with plague bacteria or who spend time in flea-infested areas. Rats, squirrels, rabbits, and prairie dogs are common commonly infected with fleas that may pass on the infection. Breathing air that contains the bacteria is also a risk. Plague outbreaks can occur in rural areas and in cities that are overcrowded, have poor sanitation, and a high rodent population.

The bacterium that causes plague is found in a number of African countries, Asia, the former Soviet Union, and the United States.

How is it treated?

Treatment of plague relies heavily on strong antibiotics. With rapid diagnosis of symptoms and administration of antibiotics, treatment is typically effective. Anyone being treated for plague requires isolation from other patients in a hospital or other health care setting to minimize transmission to others.

Outbreaks of plague happen each year around the world, most with little or no media attention. Today's outbreaks do not compare to "The Black Death," a plague epidemic that killed approximately one third of Europe’s population during the Middle Ages. Today, annual deaths due to plague in humans hover between 1000 and 3000 worldwide.

Currently, no vaccine against plague exists. Plague is rare these days, largely due to better living conditions and sanitation and antibiotics. However, you can take precautions against contracting the infection.

What can you do to prevent infection?

Here are some tips: